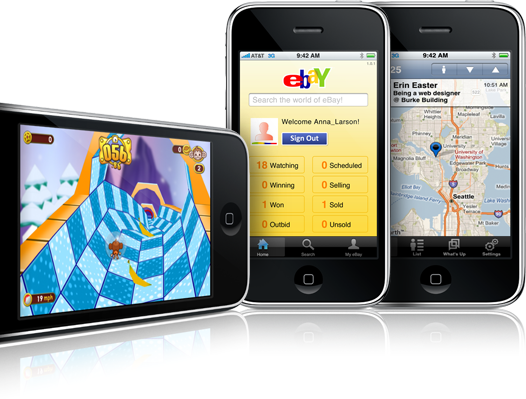 The mobile application marketplace will reach $25 billion by 2015, according to a new report from the World Mobile Applications Market, a U.S.-based market research firm. It’s yet another confirmation of the huge worldwide trend that is the proliferation of app stores.

The mobile app market was worth $6.8 billion this year, the report says, but will grow steadily over the next four years to reach $25 billion. And out of that $25 billion, Apple’s App Store will account for 20.5% of total revenues.

The report cites a number of factors as contributing to the growth of the mobile application market, including the lowered cost of mobile data plans, a growing adoption of smartphones, improvements to native applications’ usability and the ability for publishers to offer free and low-cost apps supported by ads, amongst other things.

The firm also found that the global application market was one of the few industries not affected by the recent economic downturn. In 2008, mobile apps saw 146% growth in terms of downloads, going from 450 million downloads in 2007 to 1 billion in 2008, the firm said. In 2009, the market saw 6.4 billion downloads.

It’s interesting to see how today’s numbers fit in with prior predications from other sources:

While the numbers vary from report to report, the overall findings remain the same: the app market is big business, one unaffected by the ongoing recession, and one that has yet to reach a plateau. For mobile application developers, this latest is just more good news.