What is Social Learning

Interactivity is a hot topic in business, education and learning platforms today. It is the team spirit and interactivity that eventually creates quality practices in online education. You want your corporate employees to engage and complete their e-learning courses. The trick is to make the courses as attractive as possible so that no one gets bored. One way you can make this happen is by implementing a Social Learning Platform. But…what is social learning?

Social learning involves learning through observation of other people’s attitudes, views, behaviors and outcomes of those behaviors. The learner then imitates those behaviors or attitudes and then models them. What your employees observe through social media or any interactive platform is then later used as a guide to build their ideas about how to acquire new behaviors.

So what we are basically saying is that social learning is not like traditional learning where there is a teacher acting as the sole source of knowledge to the group of learners. In social learning, the sharing of knowledge is spontaneous; almost automatic. It is a process that is non-assigned nor scheduled, primarily involving the art of observation

Learning in a social set-up to a large extent involves the learners’ emotions, and it comes naturally when these people interact. So, the knowledge does not have to have a specified source; it could be between learners and their teacher, among learners themselves; among few or many people.

Core components of Social Learning in Education and Corporate Training

This form of learning has certain core components that are essential to it. First, social learning has to involve some form of introduction of the students or trainees to the social environment. Then they will likely develop interest to learn from that particular environment. This brings us to the next crucial aspect or component: Motivation. Out of the interest to know something new, the people will behave in a certain way that may involve adopting what they have observed. Their response in whichever direction at this point provides the final important component: feedback. 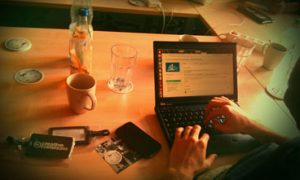 It would be a bit lazy not to have at least an idea to the correct direction here. At this era of technology dominance, where technology rules and controls every aspect of our lives, social platform towers above other aspects of life. We have become a social people, and a learning platform that is tied to it; that is definitely a first class ticket to the brighter side
With the social network, your employees’ learning process is not restricted to any time or place. Learning continues throughout, as long as there is access to these networks. Now this must sound good, right? Employees becoming better every hour they encounter the web?

There is fun in social learning. If you have been through a classroom situation, then you definitely have tasted the fatigue that comes with boring lectures or lessons. It is a common thing to doze off in such classes. But the social one is entertaining while it educates, so all parts of the process can effectively sink in almost always naturally.

Adoption is easier with social learning. Your staff do not have to go to a lab to try out the skills learned. Take Facebook, Twitter for instance, if it is about networking skills, they actually learn the skills through practicing right there, and applying the same almost spontaneously.

the most engaging and collaborative online learning experience available

Put simply, social learning is equivalent to the summative of students’ engagement and their interaction with each other. Here is where Paradiso Solutions effectively comes in. With our Learning Management System, your social learning concerns are perfectly sorted.

The system provides your learners with engagement through gamification and interaction through collaboration tools.

Our gamification feature involves a variety of actual games that create strong engagement among the learners; an example being the Hangman-who wants to be a millionaire. Other gaming mechanics include Leaderboard and badges.

Paradiso Leaderboard involves a scoring system where the learners engage in actual competitions and get awarded certain points for particular accomplishments as a way of acknowledging effort applied. These accomplishments may include completion of assignments in time. So this could be a win situation for the organization itself.

Badges, also awarded for particular achievements in the system, may be shared on other social media or the system’s interactive portfolio. Sharing a badge with friends and family on Twitter or Google plus will definitely be a plus to the employee’s motivation and general morale. To the org? There will be such a motivated and active workforce.

Collaboration on the other hand is provided by Paradiso LMS by various tools that include a social wall; an interactive portfolio that bears semblance to that of Facebook. Here the learners can post different items, comment and share the same.

Web conference rooms and forums are also provided for online interaction and exchange of ideas among Paradiso learners. In addition, the system has Wiki pages that act as a resource for dispensing knowledge to the social learners.

There are also chat rooms integrated in the system for one on one interaction by the various learners, google hangouts, comments on various media including videos and audio similar to that of YouTube as well as integration with Google Docs and other Google apps so that learners can share items with their colleagues and teachers seamlessly.

Looking at it from whichever direction, every one of these components of the Paradiso Learning Management System speaks of social learning at its optimal levels. 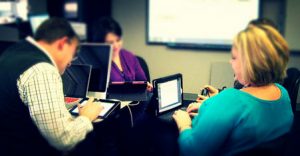 From high schools to colleges, the internet is part of the present day curriculum. Teachers commonly complain about students copying content directly from the internet for their examination purposes. Well, that is to be debated in class

In the corporate setting, all aspects of the internet is for the general good of the practice. Most of the learning dominantly take place through mobile device use. So, while the teacher at some learning institution struggle with the varied range of complaints regarding plagiarism, you at your corporate training platform have all the reasons to smile and say ‘thank you’ to the emergence of social media. Now, you have the change to use our social learning platform for greater heights in business and education

Want to know more about how adding the feature of social learning to your LMS can be beneficial.

How to Choose the Best LMS

Your submission is received.
One of our LMS coaches will contact you as soon as possible!

If you don’t receive a confirmation email within a few minutes, please check your junk mail or spam folder
and make sure to add [email protected] to your safe-list for future notifications.

Hi! Would you like to visit our Spanish site? 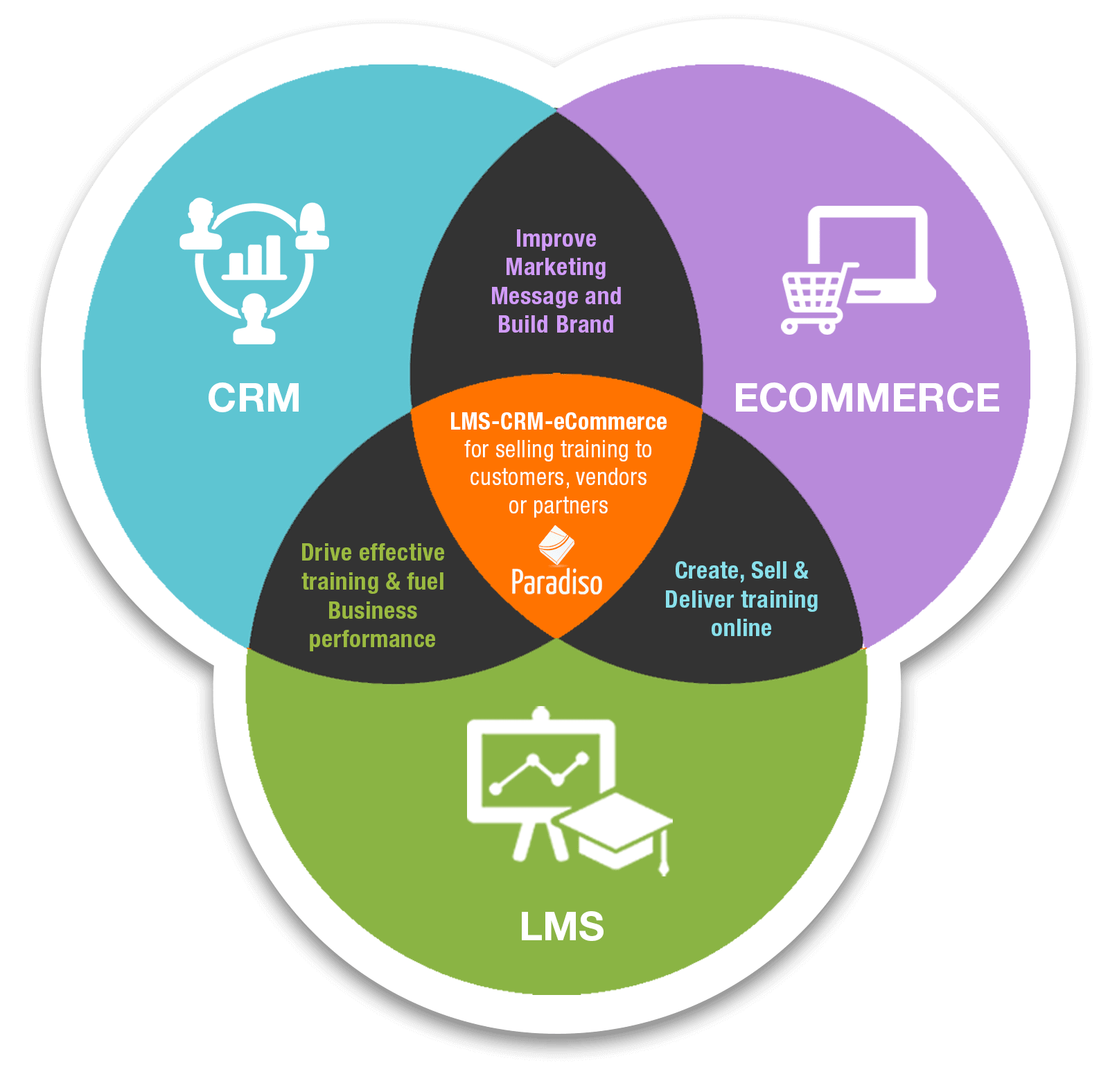